Esther Perel and Terry Real, two of the world’s most forward thinkers on sexuality and relationships, join together to offer you an exciting day exploring clinical perspectives and interventions for the really tough situations of couples struggling with desire, affairs and even divorce. Do not miss this exclusive seminar!

NARCISSISM: Conventional therapeutic practice focuses on helping people come up from the one down of shame. But many clients need help coming down from the one up of narcissism.

INFIDELITY: Affairs have been primarily framed in terms of trauma and betrayal. This workshop presents a dual perspective that embraces both growth and expansion for one with loss and betrayal for the other.

TRAUMA: To be more effective in the treatment of affairs and narcissism we need to expand our understanding of Trauma. This workshop presents six different kinds of trauma and their specific emotional and sexual consequences.

NARCISSIM, CHEATING AND TRAUMA–A COMPLEX TRIAD: Using case examples and hands on intervention we will demonstrate how to integrate couple dynamics with “deep work” on the part of each individual. 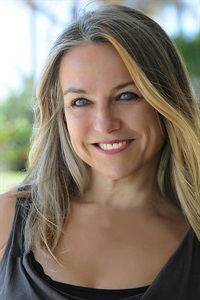 Fluent in nine languages, the Belgian native is a practicing psychotherapist, celebrated speaker and organization consultant to Fortune 500 companies. The New York Times, in a cover story, named her the most important game changer on sexuality and relationships since Dr. Ruth.

Her critically acclaimed viral TED Talks (The secret to desire in a Long-term Relationship, February 2013 and Rethinking Infidelity .. a Talk for Anyone Who has ever Loved, May 2015) have collectively reached over 14 million viewers.

Esther’s innovative models for building strong and lasting relationships have been widely featured in the media across 5 continents spanning The New York Times, The Washington Post, The Wall Street Journal, Forbes, Le Monde, Ha’Aretz and The Guardian, The New Yorker, Fast Company, and Vogue. She is a frequent guest on radio and television shows including NPR’s “Brian Lehrer show”, “Oprah”, “The Today Show”, “Dr. OZ” and “The Colbert Report”. For more information about her educational programs and resources, please visit: www.estherperel.com.

Financial: Esther Perel is in private practice. She receives a speaking honorarium from PESI, Inc.

Non-financial: Esther Perel is a member of the American Family Therapy Academy (AFTA); The Society for Sex Therapy and Research (SSTAR); and the American Association for Sexuality Educators, Counselors and Therapists (AASECT). 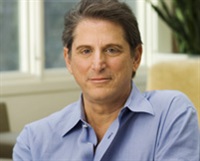 Terry Real, LICSW, is an Internationally Recognized Family Therapist, Speaker and Author. Terry founded the Relational Life Institute (RLI), offering workshops for couples, individuals and parents around the country along with a professional training program for clinicians wanting to learn his RLT (Relational Life Therapy) methodology.

A family therapist and teacher for more than 25 years, Terry is the best-selling author of I Don’t Want to Talk About It: Overcoming the Secret Legacy of Male Depression (Scribner), the straight-talking How Can I Get Through to You? Reconnecting Men and Women (Scribner), and most recently The New Rules of Marriage: What You Need to Make Love Work (Random House). Terry knows how to lead couples on a step-by-step journey to greater intimacy — and greater personal fulfillment.

A senior faculty member of the Family Institute of Cambridge in Massachusetts and a retired Clinical Fellow of the Meadows Institute in Arizona, Terry has worked with thousands of individuals, couples, and fellow therapists. Through his books, the Institute, and workshops around the country, Terry helps women and men, parents and non-parents, to help them create the connection they desire in their relationships.

Terry’s work, with its rigorous commonsense approach, speaks to both men and women. His ideas on men’s issues and on couple’s therapy have been celebrated in venues from the “Good Morning America”, “The Today Show” and “20/20”, to “Oprah” and The New York Times.

A proponent of “full-throttle marriage,” as described in The New Rules of Marriage, Terry has been called “the most innovative voice in thinking about and treating men and their relationships in the world today.”

The New York Times Book Review described Terry’s work as: “A critical contribution to feminist psychology (that) brings the Men’s movement a significant step forward.” Robert Bly hailed it as “moving onto new ground in both story and song. Exhilarating in its honesty.”

Terry’s Relational Life Institute grew out of his extensive and empathic experience. He teaches people how to make their relationships work by providing products and services designed to teach the principles of Relational Life™, so that everyone can enjoy full respect living and craft a healthy life legacy.

Financial: Terry Real is in private practice. He receives a speaking honorarium from PESI, Inc.

Non-financial: Terry Real has no relevant non-financial relationship to disclose.

There are no reviews yet.